Please join us as we nominate Green Party candidates in four districts:

At this meeting, members will select the candidates for districts 19 (Borden-Kinkora), 21 (Summerside-Wilmot), 22 (Summerside-South Drive) and 23 (Tyne Valley-Sherbrooke). Please see below for information on approved nomination contestants for each district.

We hope you can join us to lend your support to our intrepid Green candidates! Children are welcome.

In accordance with our Nomination Rules, because there are no Electoral District Associations or Regional Associations in these districts, all members province-wide are eligible to vote in these nominations. You may vote in person at the nomination meeting, and if you are unable to attend in person you may request an online ballot before June 9, 2018 at 5pm, or appoint another member in good standing to act as your proxy (please notify us by writing to [email protected] if you choose to appoint a proxy).

The following nomination contestants have come forward and been found to be qualified to seek the nomination to run as Green Party candidates by both the Green Light Committee and Provincial Council: Matt lives in Augustine Cove and practices law through offices in Summerside and Charlottetown. For almost 15 years he has maintained a general law practice, serving clients throughout the province. After obtaining his law degree in 2000 and prior to returning to PEI with his wife Johanna, Matt worked in Ottawa as a Legislative Assistant in the Senate of Canada and as a Market Research Officer in the Department of Foreign Affairs.

Matt has volunteered with the Kidney Foundation of Canada since 2004, serving as President of both the PEI Chapter and the Atlantic Canada Branch and sitting on the National Board of Directors. He served as vice-chair of the PEI Labour Relations Board from 2010 to 2018 and volunteers with numerous local community organizations. Matt regularly donates his time by presenting to community groups on various legal issues and offering legal support.

“As a lawyer in private practice for almost fifteen years, I have seen where our justice system succeeds and where it fails. Gaps in the area of justice can have devastating consequences on people’s lives. I believe we can strengthen our system of justice to make it more accessible and better representative of the people who need it. My vision is a justice system in Prince Edward Island that is more proactive than reactive, with the resources, flexibility and inclusiveness to best address the needs of all Islanders – regardless of background, income level, age, gender or ethnicity.”

Having received a kidney and the gift of life from his sister in 2001, Matt advocates for organ donation at every opportunity and reminds us to talk to our families about our organ donation wishes. Entrepreneur, mother, and forward-looking Islander, Lynne Lund (née Gallant) is the Deputy Leader of the Green Party of Prince Edward Island, working closely with leader Peter Bevan-Baker. As a mother to two young boys, she has a vested interest in the future for the province. Lund is passionate about shaping that bright future through an approach to politics that is honest, collaborative, and has a long term plan for addressing the problems we face. She was instrumental in developing the Green Party of PEI’s 2015 platform focused on good governance, education, economic renewal, and social and environmental responsibility, and played a key role in Bevan-Baker’s 2015 election victory. Lund currently chairs the Green Party’s Shadow Cabinet and serves as Critic for Economic Development and Tourism.

Lund has been a consistent voice for expanding the metrics used to determine the performance of the province, recognizing that using GDP alone is short sighted. Favouring evidenced-based decision making, Lund would like to see a full range of factors considered, from rates of poverty and childhood food insecurity, to access to affordable housing and wages, which better reflects how well we're converting economic activity into tangible benefits that Islanders see in their day to day lives.

Lund is passionate about building community, and sees the economy as a vehicle to achieve multiple goals simultaneously. While government portfolios often exist in silos, Lund's view that the economic development portfolio can directly impact  poverty, culture, rural revitalization and ecological sustainability inspires her to think outside the box when it comes to expanding economic policy for PEI. 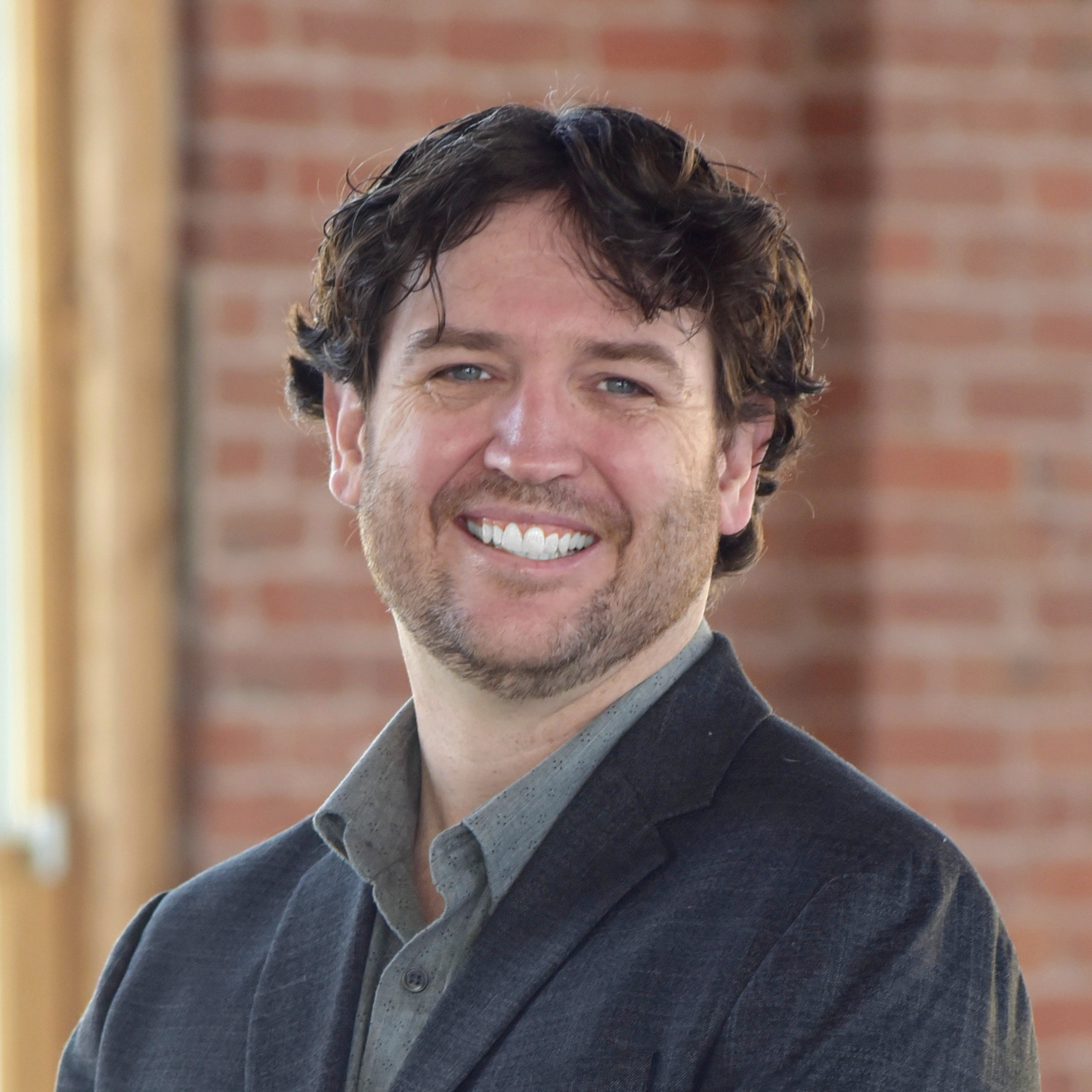 Technology and its practical applications in making our lives better - that is what drives me. Renewable energy can work to reduce the cost of power financially and ecologically. Electric transport can quiet and clean up our roadways while potentially becoming a large source of energy storage - enabling renewable energy to thrive and lower the cost of power. Providing low-cost energy to all Islanders is one of my main goals as high energy costs disproportionately affect the most vulnerable. It is going to take foresight today to make the infrastructure investments we need for tomorrow, but we can make PEI energy self-reliant. I feel we can move beyond that to export energy if we steer ourselves into a position of true leadership.

I began working towards these goals in 2005, when I started my renewable energy company. Starting into business for the first time, I set my goal to educate and inform Islanders of options available to them as there was no one else offering this service. I knew if Islanders were made aware of “better” options, some would make the change to renewable energy. I also knew if some Islanders made the change they would tell their friends and neighbors; that is how things change on PEI - when enough of the populace becomes informed.

I have helped drive the Island to become one of the leaders in per capita installed solar in Canada despite P.E.I. having the least amount of incentives for renewable energy. I have worked around a number of poor policies and against unwavering politicians to enable this positive change.

I now I see a path to help bring much needed change in our political culture. I don’t expect this venture to be an easy one either, but I have proven I am up to the challenge. As your Green candidate for District 22 Summerside-South Drive, I will continue to overcome hurdles to ensure the future we move into is one where the needs of islanders are better served by decisions today. In fact, the future should be one of the most important factors in decision- making, so youth are not forced to deal with delinquent decisions of yesterday, Forward thinking and researching all angles of an issue to find the best resolution is what I have always tried to do best and is what I want to keep doing for District 22...and beyond. Trish Altass is a mother, community based researcher and Green Party Shadow Critic for Workforce and Advanced Learning. Her research has involved exploring lived experiences and collaborating with government departments, community organizations and vulnerable populations. Throughout her career, Altass has been dedicated to research that supports the development of a more equitable society where everyone can live healthy, well and strong within their communities and families.

As a member of the PEI Working Group for a Livable Income, and former chair of the Research, Policy and Evaluation Working Group of the Guelph and Wellington Task Force for Poverty Elimination, Trish Altass has been a strong advocate for policy development based on the social determinants of health and the need for a basic income guarantee to eliminate poverty. She was also a founding member of the Community Engaged Scholarship Institute at the University of Guelph, focused on building community-university partnerships, community engagement and social innovation.

Through qualitative research, Trish Altass has explored topics such as the paid and unpaid work experiences of women who identify as low income or facing economic hardship, facilitators and barriers to accessing withdrawal management services and and labour force transitions. She has also facilitated training for, and collaborated with, community researchers who self-identified as living in poverty.

Currently, Altass is a senior research associate at the Young Lives Research Laboratory housed at UPEI, where she is part of an interdisciplinary research team evaluating the scale-up of social and emotional learning programs in Atlantic Canada. Supporting children and youth to understand and engage more effectively in the research process has been at the core of this work.

As a contributor to the Digital Economy Research Team at UPEI, Altass has co-authored book chapters and peer-reviewed publications that consider how education systems can best prepare youth for work and life in the knowledge-based creative economy. Part of this work has involved the development of a threshold concept approach to English Language Arts that brings
to the forefront the creative, critical, collaborative and multiliteracies skills needed to communicate effectively in the digital era.

In addition to her research and community work, Altass has been a union leader, serving as women’s council chair and local president of the teaching assistant and sessional faculty union at the University of Guelph, CUPE 3913. During her time on as a union executive member, she led the local’s bargaining team and helped ensure that member’s rights were protected and upheld.

Before starting her career as a researcher, Altass earned a diploma in Child and Youth Work and was a front line worker in residential care programs for youth. Trish Altass was born in Eastern PEI, and after many years living away, she has spent the past five years living in Summerside with her partner and eight year old daughter.