Did you know that you can receive our newsletters straight to your inbox? Never miss a thing by signing up to our mailing list here!

Happy Easter and Passover, friends! We hope that you are well and able to enjoy a few of your favourite traditions this year.

It's incredible how much can happen in a couple of weeks in the Legislature, even with this past week being a short one due to the Easter break. In this newsletter, you'll find a digest of what our Green MLAs have been up to.

Have a wonderful weekend, and happy reading! Have you been wondering how a bill becomes law on PEI? Check out this explanation on the PEI Legislature Website: www.assembly.pe.ca/how-a-bill-becomes-law Green Agriculture and Land Critic Michele Beaton continues to tirelessly pursue the need to enforce the letter and spirit of the Lands Protection Act, which limits the amount of land that anyone person or corporation can own and control on PEI.

Michele Beaton stood in the legislature Wednesday to ask Premier Dennis King to direct the auditor general to conduct a performance audit on IRAC's enforcement of the act.

"If the legislation isn't being enforced as it currently stands, then that's a concern all Islanders should be raising, and they are," said Beaton. See the video of Peter's speech introducing his motion, and the text of the motion itself, here. Green Health & Wellness Critic Trish Altass introduced her first bill in the Legislature this past week, An Act to Amend the Health Services Act.

In a nutshell, changes Trish is proposing to the Health Services Act will give the power and authority back to the Health PEI board to implement our provincial wellness plans. This change will greatly reduce the possibility of political interference and ensure decisions are being made by experts who understand healthcare governance, best practices, and how to achieve outcomes that benefit Islanders. Trish Altass has also had her hands full holding the government's feet to the fire on its commitments to improve mental health services in this province, amid continued bungling of this file. Trish has some hard questions to ask about the quiet "absorption" of the Psychiatric Urgent Care Clinic (PUCC) at PCH into the ER, and of course about the confusion reigning about the mobile mental health units and who was going to running them.

In more positive news, the Minister of Health and Wellness has finally agreed to multi-year funding for the Lennon Recovery House - something our caucus has been advocating for for years. 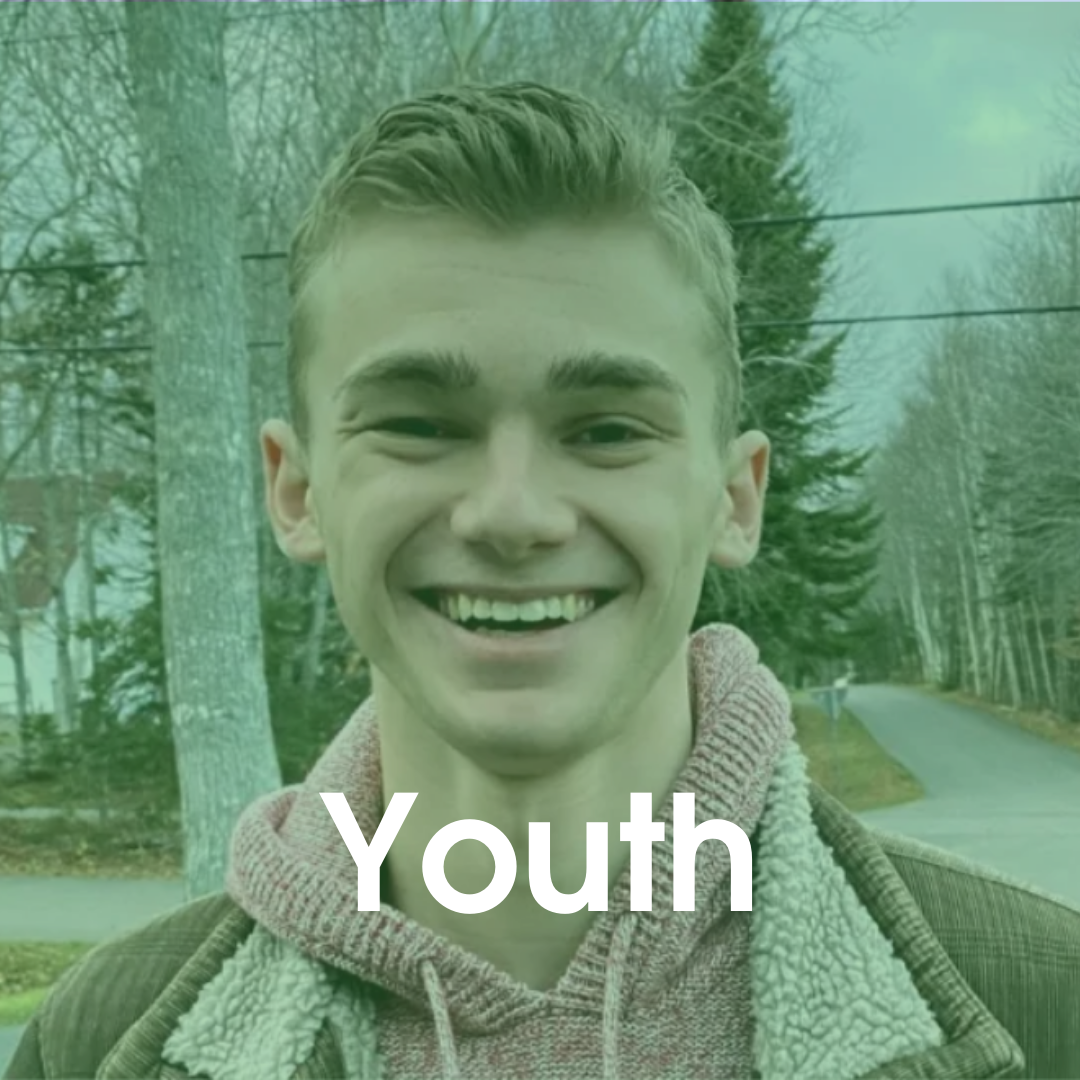 Karla Bernard's Election Age Act, which would lower the voting age to 16, is finally back in the House being debated. As you'll recall, this was originally debated last fall, but referred to more consultation with stakeholders which has now taken place and has been very supportive of this change. Hopefully this spring, PEI will continue its tradition of being the most progressive province in Canada in terms of extending the voting franchise!

>>Read more: P.E.I. bill to lower voting age to 16 back for a second round in the legislature (The Guardian)

>>Listen: Karla Bernard and Nate Hood (Senior Policy Advisor at the Office of the Official Opposition) were recently on the Dialogue with Drake and Daboo podcast to talk about the bill, the state of debate and the case for lowering the voting age on PEI. Karla also introduced a motion, seconded by Lynne Lund, calling on the government to increase play-based curriculum in our schools, amid increased evidence of its physical, social, emotional and intellectual benefits for children's development.

Finally, Karla Bernard brought up some good questions in the Legislature this past week about the Alternative Caregiver Program, which began in 2017 as a pilot project and as a substitute to foster care. It provides family members, like grandparents, or family friends with $700 a month.

Karla brought up the program in the legislature Tuesday because of concerns she's heard from people trying to access the service.

"I've been speaking to not just the ministers, but different people who have been around the program, and it's very clear that there's no policy from which they're operating," she said. "A lot of them are using their retirement funds for this. One grandparent that I spoke to directly was telling me that she doesn't know what she's going to do moving forward." This past week, Hannah Bell introduced her bill, the Poverty Elimination Strategy Act, to the Legislature for first reading. This bill would require the government to set targets, measures, and a strategy to eliminate poverty on PEI. You can read more about the purpose and intention on Hannah's bill here.

Hannah also have a very powerful response to a ministerial statement on housing by Finance Minister Darlene Compton that attempted to paint a rosy picture of the housing situation on PEI, which we know is still in crisis. Watch Hannah's response here (3 mins). Member Statement on need for a Rental Registry (Hannah Bell)

Green Party leader Peter Bevan-Baker has reflected last week both on Islanders' relationships with the oldest inhabitants - the Mi'kmaq - as well as on some of the newer arrivals to this island.

Lynne Lund posed a series of questions to Justice Minister Bloyce Thompson about his ministry is taking to ensure that organizations do not use non-disclosure agreements (NDAs) to prevent a victim of harassment from reporting objectionable conduct to law enforcement, and whether it has considered creating requirements for people or organizations to include the right to report in any NDAs. The Minister said that he would look into this. government to enable seniors to remain in their own homes for longer are only accessible to seniors who own their own home - and not to those who rent. He also asked a series of questions about what the government could do to make some of the existing home care programs work better for seniors.

Ole has been working hard this Sitting to inject some new ideas into the Legislature, not only into modernizing elder care in this province, but about how the government could create a "third option" for housing by supporting housing co-operatives - an approach that has been successful both here and elsewhere in Canada in the past. Peter Bevan-Baker raised serious concerns last week about the government's failure in many instances to adhere to the Freedom of Information Act, which requires government departments to respond to requests for information from members of the public in a timely manner.

Peter shared as a good example of this the Official Opposition's own struggle to get some very basic information from the Department of Transportation: namely, information on
the policies, procedures, methodologies and decision-making tools used to decide which roads get paved. This is important, because there have been questions as to whether there has been political interference by the former Minister of Transportation in road paving decisions, and whether all districts are treated equally when it comes to road projects.

This recent cartoon by Wayne Wright captures one of the more interesting bits of metaphorical imagery evoked in the Legislature this past month... Coming up after Easter

Steve Howard (who is due congratulations as he recently became a father to a baby girl, his fourth child!) will be bringing forward his Renewable Energy Act amendments Bill 103 for debate.

This bill aims to pave the way for a renewable energy future for PEI, including by repealing a minimum purchase price law that applies specifically to wind power today and that comes at the expense of both households and independent wind energy producers. Learn more about Steve's bill and how to support it: www.greenparty.pe.ca/renewableenergyact. Our 2021 Annual General Meeting will take place on April 24th, 2021. Due to pandemic restrictions, it will once again take place online via Zoom.

This year's AGM will include both the usual business meeting (Annual Report, Financial Report, Leader's Address, Council and Ombuds Committee elections) as well as voting on both governance and policy motions. More information will be sent to members and is available to members through the Members Area (note that you will need to create a login to access the Members' Area if you have not yet done so).

Click here to see the motions that will be discussed and voted on at the AGM. The Standing Committee on Natural Resources and Environmental Sustainability would like to hear your input on the revised consultation draft of the Water Withdrawal Regulations.

As you'll recall, Environment Minister Steven Myers recently announced that he would enact the Water Act without requiring holding ponds to become compliant with the Act - essentially "grandfathering" them in.

This is a great opportunity to get your views on this on the record! The deadline for comment is April 17, 2021 - Click here.