This bulletin includes updates on the activities of the Green Official Opposition Caucus in March, in the weeks prior to and following the March break.

On Friday, there was passionate debate in the Legislature over the PC government's planned new carbon pricing scheme - one which, instead of returning the revenues to all Islanders to help them adapt to the carbon tax and transition to lower carbon choices, would see government keeping 75% of proceeds in general revenue - ostensibly to fund existing government programs such as EV subsidies and the heat pump rebates. With the April 1st federal deadline looming, the government waited until the last possible moment to table its new carbon pricing plan and legislation.

Green MLAs stood in the House on Friday to speak against the last-minute PC government plan that dramatically shortchanges Islanders - low- and modest-income Islanders most of all - at a time when Islanders are struggling more than ever to keep up with the rising cost of living. Greens have advocated for years for a revenue-neutral carbon tax that returns revenues as rebates to Islanders, at the same time incentivizing Islanders to make different choices while also giving every household (low-income one especially) the financial means to adjust. Learn more about the carbon pricing plan advanced by the Green caucus in 2018.

MLAs debate who should get carbon tax revenues, Islanders or their government | CBC News March 10, 2022)

Because this is such an important issue, Green Official Opposition Environment, Energy & Climate Action Critic Hannah Bell moved to send the government bill to a committee of the whole house, so that the principles of the bill can be thoroughly debated.

We highly recommend watching Hannah Bell's speech in the Legislature to understand how deeply flawed the King government's approach to carbon pricing is. To view the full speech, visit the PEI Legislature's video archive, select the March 25, 2022 recording, and advance to the 1:29:00 mark. Hannah wraps up her remarks at the 1:43:30 mark. She is followed by equally powerful debate from different perspectives by Karla Bernard and leader Peter Bevan-Baker.

"In 2018, the Liberals sat on the floor in our office and told us about how they were going to do free drivers licenses and excise tax exemptions and basically nobody would notice that there was a carbon tax, and that would be fine. But now it’s 2022 and we have to be honest about it, and being honest about that is also being honest about the choices that this government is going to make with the “Climate Leadership Act” that they are presenting to this House. Mr Speaker, I cannot for the life of me understand how, when you have had 2+ years - almost 3 years - to negotiate with the federal government in good faith, that this is the best that this government could do." See also: Ole Hammarlund shared an interesting perspective on the shortcomings of EV subsidies alone, encouraging car sharing instead: "My suggestion is to make the electric car subsidy less about the car, and more about the people driving it. Consider making the subsidy $5000 per person, if they share a car. Subsidies can be a wonderful way of supporting people doing the right thing. Let us start doing subsidies so the effect is LESS cars on the road, and MORE passengers in the car. This is what we really want." 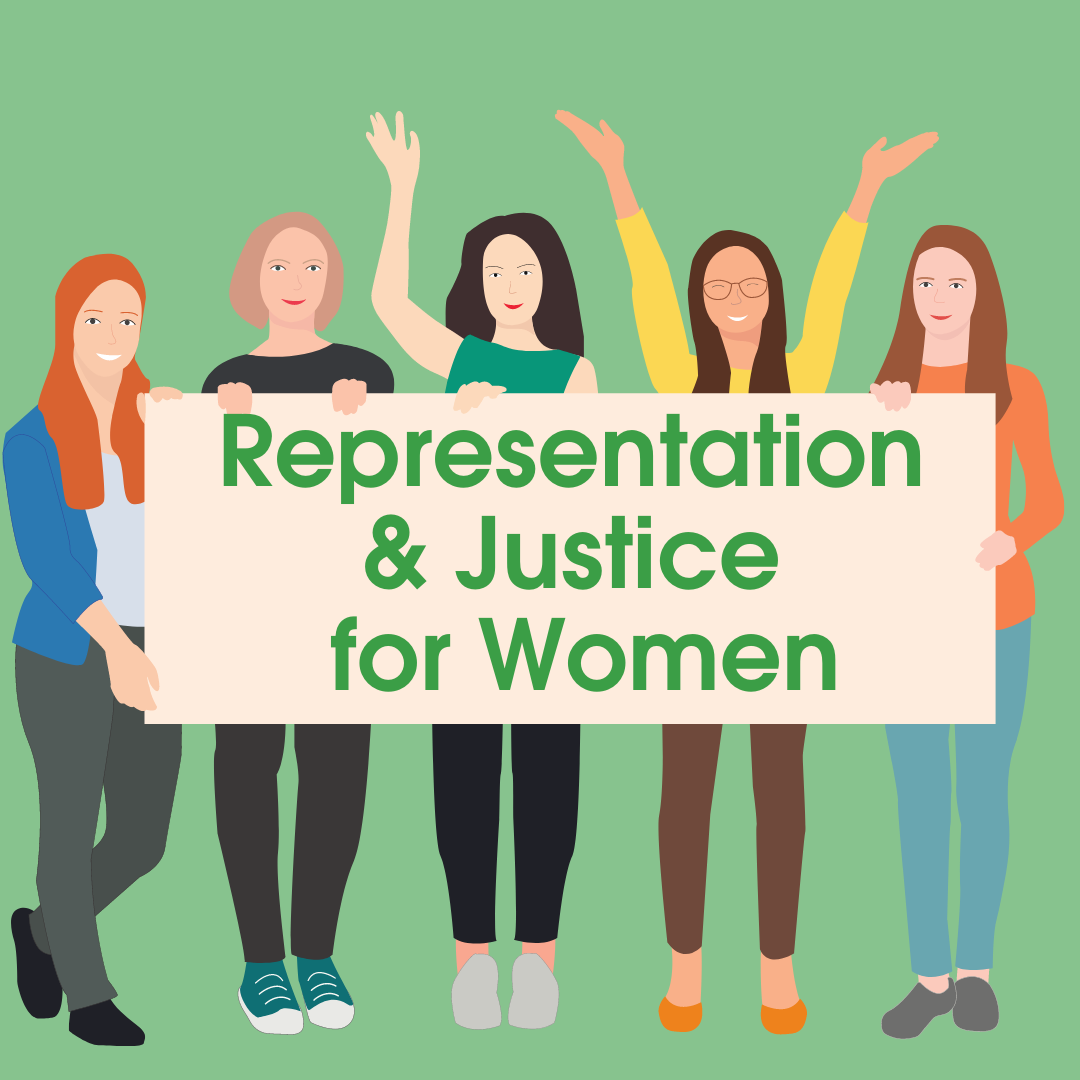 March 8th was International Women's Day, and a good time to continue bringing up issues important to women and girls that have traditionally not received a lot of speaking time in male-dominated legislatures of the past.

Green Critic for the Status of Women, Karla Bernard, made a statement on International Women's Day to highlight the contributions of local women like musician Kinley Dowling and BIPOC-USHR Chair Sobia Al-Faisal in leading the way to a more equitable, safe and healthy Prince Edward Island for all.

Lynne Lund made a powerful statement about the importance of having diverse voices, including those of women, in the Legislature, saying:

"The last two years have seen more women’s issues being discussed in this House than ever before, and we know that is a direct result of having women involved. My colleague from Charlottetown-Victoria Park often says that women in decision-making positions bring their families and their communities with them to those tables.

There have been more conversations in this House on sexual assault, date rape drugs, pelvic floor health, UTI’s, non-disclosure agreements, period poverty, women in the economy, women’s working conditions, poverty elimination, the safety of work that women do… I could go on and on, Mr Speaker. But even still, I find myself thinking about all the conversations that AREN’T taking place in here, because they aren’t someone’s lived experience or a lived experience that an MLA is familiar with."

Lynne Lund also urged the government to do a better job of reflecting the damage caused by sexual harassment in law and policy, and spoke of the need for more data on sexual harassment so that we can better protect women and girls.

PEI's current shortcomings when it comes to helping survivors of sexual violence was further underscored by Michele Beaton last Friday:

Michele Beaton also raised awareness of the condition of endometriosis this month - a very painful condition affecting tissues in the uterus that one in ten women suffers from, and yet is very little known even by many health care workers. Michele has tabled a motion calling on government to improve education, diagnosis and resources for those suffering from endometriosis. If you feel like you've been working harder and harder but still struggling to keep up, you're not alone.

Green Official Opposition leader Peter Bevan-Baker spoke about the pressures on workers in the Leg on March 11th, saying

"We used to have an economy that worked for people, and now we have people working for the economy - and working harder and harder for less and less. Had we established a Basic Income, re-organized tax structures to be truly fair and progressive, and vigorously tackled the housing crisis three years ago, things could be a lot different here." This sentiment was echoed last week by MLA Trish Altass, who rose in the Legislature to speak about the importance of workers' wellbeing:

"For too long on PEI, government’s economic plans have been built on the faulty assumption that workers are primarily a commodity to be used for the benefit of business. This has allowed and fostered work environments where the priority has been unapologetically on maximizing profits, too often at the expense of health and well-being of workers. The rights and well-being of workers have been overshadowed under a department whose main stated purpose is economic growth above all.

No longer can we simply funnel money into businesses without talking about how we are making PEI a desirable place to live and work. It is government’s job to ensure workers are treated fairly, paid a living wage and that they are safe, that workplaces are free from harassment, fear and intimidation. Yet, as government talks about next steps for our economy and society, the absence of a focus on improving conditions for workers is stark.

If we want to be able to begin to address our province’s labour shortages, the needs, safety and well-being of workers must be at the forefront. The economy must work for people, all people, not the other way around."

MLA Ole Hammarlund added his voice, speaking about the gap between those - like government workers - who enjoy significant employment benefits, and those working in the private sector who are without. Ole called for our society to ensure that everyone can enjoy important benefits such as paid sick leave and dental care, regardless of where they happen to work.

Meanwhile, Green MLAs also spoke up specifically for workers in education and health this month. Last week, Lynne Lund drew attention to the critical situation faced by staff as well as students in many schools right now, saying:

"I continue to hear from people in the education system who, despite what the minister has been saying, would not describe the last few months as a success. What they’re describing is a house of cards. On the outside, we have buildings that are open and students in those buildings and if that’s all we’re aiming for, well then, mission accomplished. But if you value those people in the buildings, both the staff and the students, then you’d have reason to worry.

I am hearing from school staff regularly who say they feel like they’re drowning, while the minister says everything is fine. It’s no wonder the minister is only hearing what she wants to hear because educators and school staff who have been critical on social media of how things are going in schools, or how the minister is handling things, have been asked to take their comments down."

Health Critic Michele Beaton and leader Peter Bevan-Baker initiated debate on a motion calling on the government to address workplace violence against frontline healthcare workers. The motion cites a 2018 survey by the PEI Union of Public Sector Employees that found that 90% of resident care workers, patient care workers, and licensed practical nurses working in the health system have experienced violence in the workplace - a finding confirmed repeatedly by Health PEI exit interviews - and urges government to hire trained security to be onsite 24/7 to intervene when violent incidents occur. Michele Beaton and Peter Bevan-Baker also addressed the problems plaguing our (privately run) ambulance system and poorly-paid paramedics, which came to the forefront recently after George Kinch of Tignish died from a heart attack after waiting more than an hour for an ambulance to arrive. They have called on the government to renegotiate its contract with ambulance operator Medavie to set higher standards, and have recently tabled a motion calling on government to improve and move towards public paramedicine (watch for this to be debated in the Legislature soon).

Province to renew ambulance contract for 1 year, Greens say it should be renegotiated | CBC News (March 22, 2022)

PEI will renew ambulance contract with Island EMS for one year | SaltWire (March 22, 2022)

Green MLAs speak to a great variety of topics every single day of the legislature - here are just a few more highlights to share: