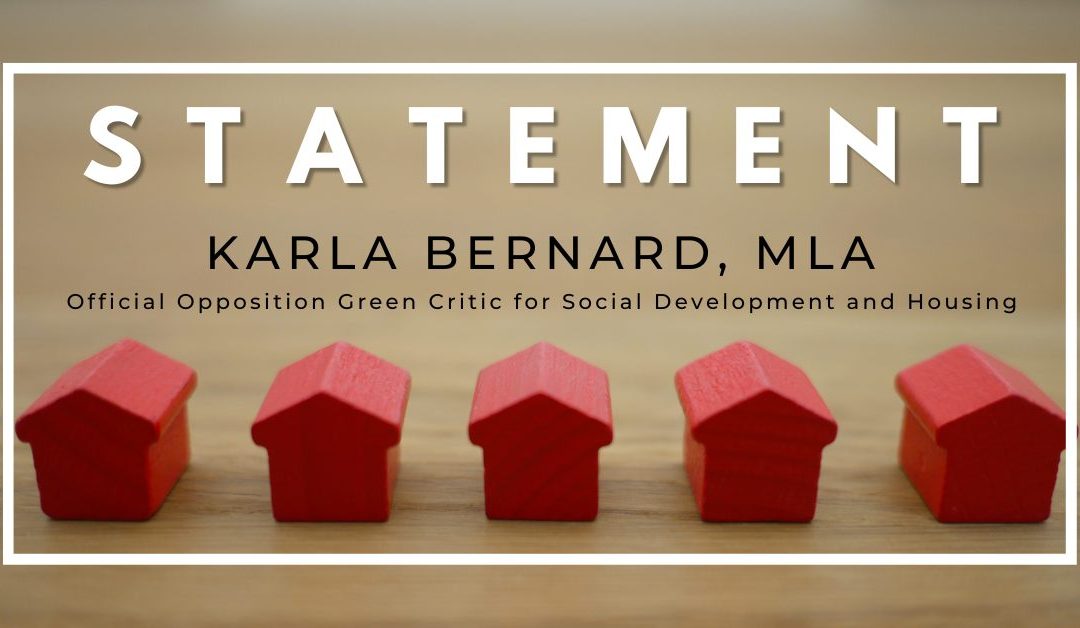 The decision by IRAC to approve maximum rental increases of either 5.2% or 10.8% depending on how landlords heat their properties is unconscionable and will threaten the housing of thousands of Islanders.

It is impossible to get blood from a turnip, and it is cruel to expect Islanders already tapped out due to the high costs of living to somehow magically produce hundreds of dollars more to keep a roof over their heads.

Minister MacKay has said he is intervening, but Islanders are skeptical of this Conservative government’s track record on housing, and rightfully so. For years, this government promised to introduce new tenancy legislation that would finally update and improve protections for Island tenants. However, these improved protections have been delayed, and in the most recent draft, the government removed the hard cap on annual rent increases. This policy tool would protect tenants from the risk of excessive rent increases that the Minister is worried about today!

The Minister should immediately prepare legislation to set the maximum allowable rent increase for 2023 at a comparable level to previous years, and we call on the Minister to publicly accept the Green caucus’s proposal to re-introduce caps on annual rent increases in the proposed tenancy legislation, so tenants are protected into the future.

Housing is a human right. Tenants deserve more than lip service from this government. They deserve a government that will fight for their right to safe and affordable housing.