PETER BEVAN-BAKER: Calling on the Prime Minister to address rising cost of living by implementing a windfall profits tax on oil and gas companies 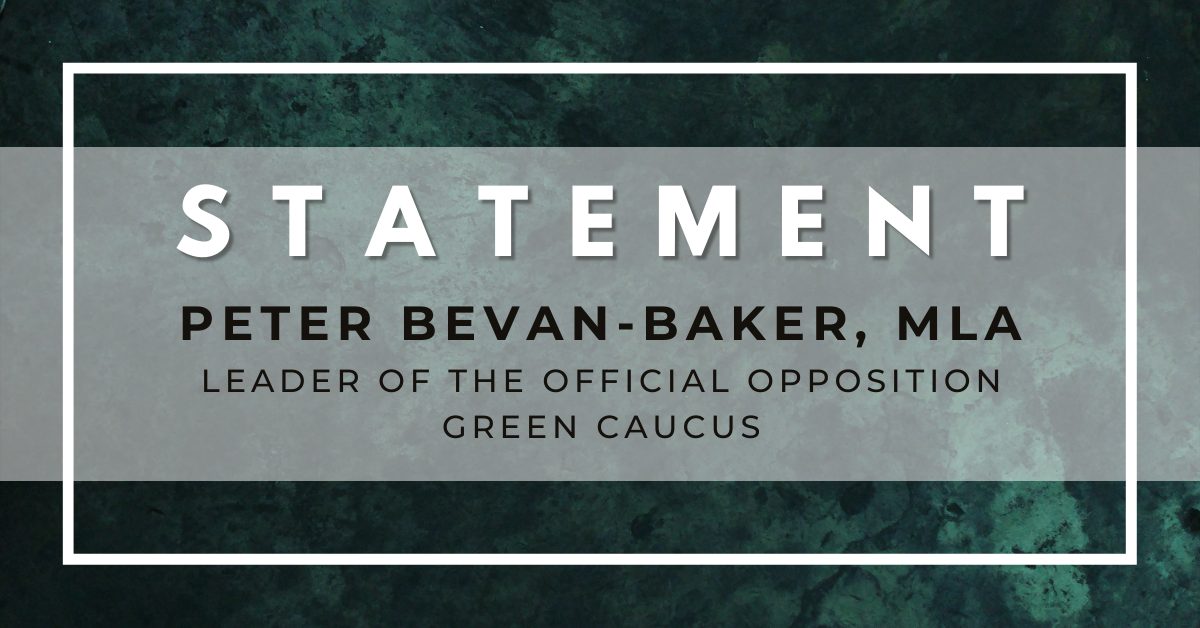 Today Peter Bevan-Baker, Leader of the Official Opposition and Leader of the Green Party of PEI, joined provincial Green leaders across the country calling on the federal government to address the affordability crisis and implement a windfall profits tax on oil and gas companies.

“Islanders continue to feel the rising cost of living – at the grocery store, the gas pumps, and when they are paying their home-heating bills,” said Bevan-Baker. “In the absence of leadership from Premier Dennis King and his provincial government, I, along with my provincial counterparts, am calling on the federal government to step in and support Canadians during this difficult time.”

In a letter signed by Bevan-Baker, Sonia Furstenau, MLA and Leader of the BC Greens, and David Coon, MLA and Leader of the New Brunswick Greens, the leaders call on Prime Minister Trudeau to tax oil and gas companies that are profiting at the expense of Canadians and redistribute billions of dollars directly to Canadians in the form of rebate cheques.

Other countries have pursued or implemented similar taxation policies on windfall profits of oil and gas companies, including most recently the British government.

“The federal government has the power and opportunity to give Canadians the financial relief they so desperately need right now,” said Bevan-Baker. “Corporations and their stakeholders should not profit wildly while everyday Canadians are struggling to afford the basics they need.”